We are a small, family-run practice with a focus on providing the highest quality legal services and a welcoming experience.

Helping immigrants and their families is Christie Popp’s mission and passion. Christie’s practice is wide-ranging, from family-based immigration to helping asylees and refugees; from helping students with their student visa issues to naturalization and citizenship. She devotes many hours each year to pro bono work, frequently gives presentations to community groups on immigration law, and writes and teaches other immigration lawyers (and soon to be lawyers) about immigration law.

We know that you only contact a lawyer when you are worried and need guidance.
We are here to help you through whatever difficulties or hardships you might face.

Our firm is a small, family-run law office. We believe that small is beautiful, and we plan to stay that way! We don’t believe in chasing profits so we can grow endlessly. Our purpose is to provide our clients excellent, top-rate service. Our number one goal is to make every single one of our clients feel like they are our most important client.

Our clients are never just a name or a number. We do not take every case that comes our way. We focus on a few different areas in which we have a great deal of experience. Taking fewer cases allows us to give personalized attention to each of our clients.

The way we work is unique, as well. We don’t have a big stuffy and fancy law office. We use top-level technology to keep in contact with our clients and manage their cases efficiently and effectively.

We know you are busy

We make it easy for you. We won’t waste your time.

We give you legal advice from day 1. Your consultation is not a “quicky” conversation. You will spend up to an hour talking to a lawyer who will analyze your case and provide you legal advice and guidance, so even if we don’t end up representing you in your case, you will have a roadmap for going forward.

Once you decide to work with us, we implement time and energy saving measures. Most work is done electronically through our client portal to save you time from coming to our office or heading to the post office to mail documents.

Our purpose is not merely to provide excellent service to our clients. We also want to ensure our staff has an excellent work-life balance.

We are here for you, but only during business hours. You won’t see our staff members returning calls or e-mailing at all times of the day and night. And you may see them taking more time off for long-weekends and vacations than you expect. We are a family firm. And we want our staff to spend time with family. Work is one part of life, but it is not the purpose of life.

We value our community and the Earth that we are leaving to our children and grandchildren. To that end, in our firm, we make every effort to choose sustainability. We try to stay as paperLESS and digital as possible. We use tree-free paper and zero-waste (reusable or compostable) office products when we can.

We also donate each year to local, statewide, and national organizations.

Among those we have supported are: 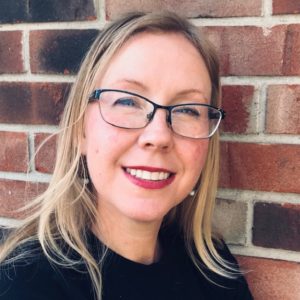 You can call me Christie. I am the founding partner of Popp & Bullman. I am passionate about using the immigration process to bring families together and help those who need protection. I enjoy using my knowledge and experience to find innovative legal solutions for my clients’ needs. Immigration law is like a puzzle, and I love to put together all of the pieces to help clients find hope where before there was none.

I opened the doors to my law practice in 2012 after working as the director of the Immigrants’ and Language Rights Center of Indiana Legal Services. My husband, Greg Bullman, joined me in 2017.  Before working in immigration law, I started my legal career in environmental law, including working as a legal consultant to the United Nations’ Food and Agricultural Organization, where I worked on a range of projects related to sustainable development.

I am driven to make the world a better place, in the small way that I can. And I am so lucky to be able to do this for a living.

In my spare time, I helped found and facilitate a local organization that works to welcome immigrants to our community. I teach as an adjunct in immigration law at Indiana University’s Maurer School of Law. I research and write about issues involving the intersection of the environment and human rights or immigration. And, finally, I love to spend time with my children, trail run, and, generally spend as much time in my garden or in the woods as possible.

My undergraduate background is in Latin American Studies with a minor in Spanish. I graduated from Vermont Law School in 2005 and from Indiana University, Bloomington in 2001. I am fluent in Spanish. 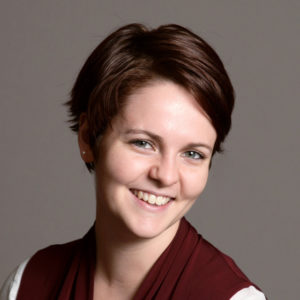 I began working at Popp & Bullman at the beginning of 2017 after completing my Master’s Degree in Arts Administration at IU, SPEA, which is what brought my husband and me to Bloomington, Indiana in 2015.

While my family is American, I was born in France and grew up in France and England, so I have known all of my life what it means to live between cultures and try to make sense of and own the unique cultural identity that these experiences give to those who undergo them.

I consider it a true privilege to help with the immigration processes of our clients. Immigrating can be an overwhelming and stressful experience, and I value the opportunity to help someone in their journey toward making the United States their home.

I am fluent in English and French, and I am competent in Spanish. I enjoy theatre, Shakespeare, and exploring all of the exciting things Bloomington has to offer with my husband and kids. 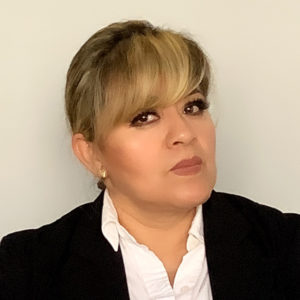 My hobbies are enjoying time with my family, going on vacation, playing tennis, and singing.

This website is intended for advertising purposes only.  All information on this site is general information, use of site does not create a lawyer-client relationship and all results are not guaranteed.